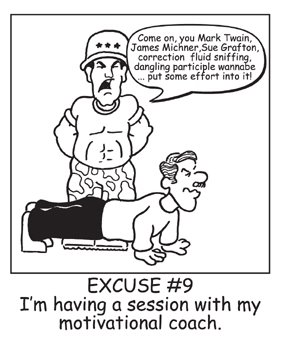 What do you do to keep yourself motivated with your writing?

Noodle says, "writing a book can be easier than people want us to believe."

Email ThisBlogThis!Share to TwitterShare to FacebookShare to Pinterest
Labels: Excuses Not to Write, Writing

Oooh, I like this very much. With how crazy my life's been lately, finally a goal and way of thinking I can implement!! 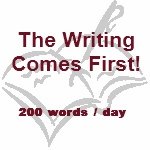 What writing goals have you set for yourself, and do you meet them? 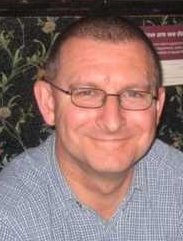 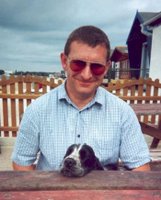 I've been working with Karen Wiesner’s First Draft In 30 Days on creating characters. I like her method because I don't have to do it all at once, I can add to it whenever I discover something new and relevant or when I need something new and relevant. I'm really enjoying the process and thought I would introduce you to the two people I've been spending a lot of time with. 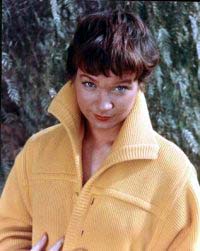 At the start of my story, she is 18 years old. She is a high energy person with too much ambition for her own good. She wants all there is out of life, but life has a way of trying to hold her back. 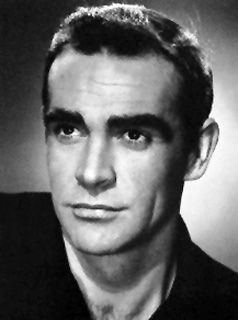 Arthur was orphaned at the age of 8 and now seeks the attention and family life he never had. Unfortunately, he is in love with a woman for whom marriage and family are the last thing on her mind.

Stay tuned for more. I'd say preorder your copy now, but at the rate I write, you might be waiting a few years!

Do you use pictures to help develop your characters? What other means do you use? Do you alter them as you go or stay with a strict character sketch from the beginning?
Posted by Nienke Hinton at Thursday, September 14, 2006 26 comments:

Email ThisBlogThis!Share to TwitterShare to FacebookShare to Pinterest
Labels: All There Is, Writing 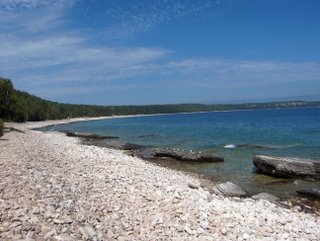 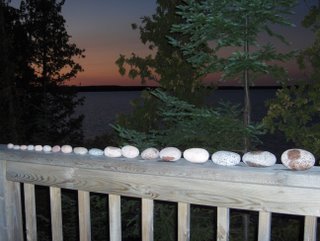 This is where I am spending my 4-day weekend (my best friend Mar's cottage on Georgian Bay).

I've come prepared with my Alphie and 'First Draft in 30 Days.' So, between caesars and hikes, I'll spend a little time with my heroine. 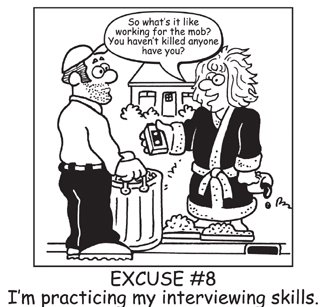 and besides, I'm going up to Georgian Bay to be with my best friend for a few days.
Hope everyone has a great weekend! I'll be back on Wednesday!
Posted by Nienke Hinton at Friday, September 08, 2006 3 comments:

How to write a novel

Justine Larbalestier has an excellent post on how to write a novel. Go check it out.
Posted by Nienke Hinton at Thursday, September 07, 2006 2 comments:

And the winner is...

Drum roll please…
The winner of book giveaway is Jen (a la Sassy Devil).
Jen, please email your mailing address to me at nienkeDOThintonATgmailDOTcom.

Welcome to Tuonela, a sleepy Wisconsin town haunted by events of 100 years ago, when a man who may have been a vampire slaughtered the town's citizens and drank their blood. Now, another murderer is killing the most vulnerable...and draining their bodies of blood.

Evan Stroud lives in darkness. The pale prisoner of a strange disease that prevents him from ever seeing the light of day, he lives in tragic solitude, taunted for being a "vampire." When troubled teenager Graham Stroud appears on Evan's doorstep, claiming to be his long-lost son, Evan's uneasy solitude is shattered.

Having escaped Tuonela's mysterious pull for several years, Rachel
Burton is now back in town, filling in as coroner. Even as she seeks to identify the killer, and uncover the source of the evil that seems to pervade the town, she is drawn to Evan by a power she's helpless to understand or resist....

As Graham is pulled deeper and deeper into Tuonela's depraved, vampire-obsessed underworld, Rachel and Evan team up to save him. But the force they are fighting is both powerful and elusive...and willing to take them to the very mouth of hell.

This is a book I've been waiting for. To check out more visit the Pale Immortal site. It includes a cool trailer.

Also, visit author Anne Frasier's blog, static. Frasier is the USA Today bestselling author of Hush, Sleep Tight, Play Dead, and Before I Wake, has been recognized with numerous awards including the RITA and Daphne du Maurier for romantic suspense. Publishers Weekly says Frasier "has perfected the art of making a reader's skin crawl." The Minneapolis Star Tribune calls her a "master." She lives in Minneapolis/St. Paul.

What books soon to be released are you excited about?
Posted by Nienke Hinton at Tuesday, September 05, 2006 15 comments: