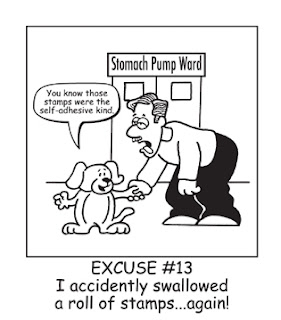 Oh, and the other excuse is spending time with my convalescing kitty (who's coming around remarkably)! Thank you for all your kind words and thoughts, my friends!

Email ThisBlogThis!Share to TwitterShare to FacebookShare to Pinterest
Labels: Excuses Not to Write, Kitty-cats and Puppy-dogs

Those who know me know how much my pets mean to me. Well, I apologize for not being around much this past while, but my kitty, Cairo, has been very sick. In fact, I thought I was going to have to put him down this morning, but he showed signs of improvement over the weekend, so he's coming home.


Long story short, we thought his liver failed because he was unable to metabolize the drugs he had for an operation for bladder stones. He showed no sign of improvement last week so the vet and I decided to just wait out the weekend and see. One of the technicians at the clinic actually took him home to watch him (way above and beyond the call of duty, I might add). So, when the call came this morning, I said to the vet, "Please tell me you have good news."


I am so happy. Welcome home, Cairo. 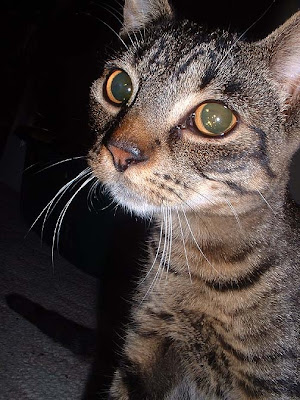 Thank you to everyone at the Morningside Animal Clinic.

Email ThisBlogThis!Share to TwitterShare to FacebookShare to Pinterest
Labels: Kitty-cats and Puppy-dogs, Personal

Rene had an interesting post about her secret identity—being a writer—the other day. She came up with some good reasons why writers might avoid telling people about their writing. At the same time, she understands why people might not take her writing seriously, “because they have no idea how important it is to me.” She says, “I can't expect people to appreciate my being a writer until I appreciate it myself.”

I suppose I’m lucky in that I write for a living, so I have no issue with calling myself a writer. However, I do hold back about my fiction writing except to those closest to me. I remember how I hated telling people I was a waitress back in the days. I’d tell them I was in “public service.” So, when the opportunity came up to call myself anything but, I took it. Now I’m working on the novelist part.

Chrys, in her post ‘Own It,’ talks about how calling herself a writer was a freeing experience. She says, “You ARE a writer. Don't dismiss it. Don't shove it under the rug. Own it. Because it's who you are. No matter if you publish or not. No matter if no one but you ever reads your work. You. Are. A. Writer. OWN IT!” (God luv ya Chrys)

LINKS
I should add that I have no problem calling myself a linker so, true to form, I’ve come up with some links to help us declare our truth!

Mark Pettus, of The Bluff, had a good post, Strike three. Are you out?, last year.

Judy Reeves says, “Until your call yourself a writer, you will never be a writer who writes—and keeps writing!” In the article, an excerpt from her book, Writing Alone, Writing Together, she says,

What Makes You Think You Can Write? by Debra Koontz Traverso discusses the top ten doubts writers have.

Becoming a Writer Is Not a Choice by Beth Mende Conny talks about why we must write. (By the way, this site has more awesome articles.)

Liz Strauss, in her blog post, Are You a Writer? 7 Traits that Writers Have in Common, has a list you can check yourself against. A couple items from the list:

What advice would you give to writers who don’t ‘own it’ yet? 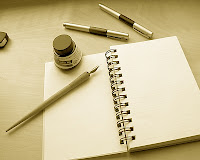 Perhaps I live in a vacuum but, I, writing article addict, had not heard of Lajos Egri before yesterday. I stumbled across Notes on Lajos Egri’s Art of Creative Writing on Dark Cloud Press' website. Incredible.

Egri has some fundamental beliefs about creative writing which include:

"Every type of creative writing depends on the credibility of a character. Whatever a character does or says, he does or says for only two reasons:
1. To create sympathy for himself.
2. To show how important he is."

Every story needs a premise. "The premise is the seed from which the story grows. It is a thumbnail synopsis of the story you want to write."

"Desire is a mild word for the strongest motivation there is. Self-preservation is the second."

"Insecurity is the basic law of existence. All human emotions, good or evil, without exception, spring from this one eternal source."

"To create an original story, pick one individual with and outstanding trait. This person may embody all other virtues in existence, but they have one trait that makes them loveable or intolerable to live with. This character will totally possess one trait – one trait that is 100%. A compulsive trait. If you’re writing about a self-centered man, don’t make him just a little self-centered. Make his universe revolve around him alone." 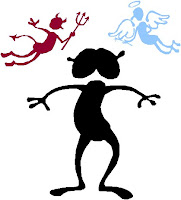 I often despair about having no time to write, but I know it’s all a state of mind. I’m definitely one of those who enjoy “having written.”

One form of procrastination I partake in is taking on new projects such as freelance writing assignments and joining committees at my local United Way. I get so excited about them and they’re fun and satisfying, but they end up taking away the precious personal time I should be dedicating to my passion of writing fiction. I’m just a dichotomy of commitment and over-extension. The commitment side is the protagonist who loves writing and works hard towards hopefully being a published novelist one day. Then there’s the other side, the antagonist cajoling me, “You can do it. Take on more. Say yes.” He always makes me feel like I can do it all.

Well, I finally put my foot down. I’ve resigned from the UW and my most recent freelancing project. It was hard and I felt guilty, but it’s time for me to learn to say no and pay attention to MY list of priorities.

What subtle techniques do you use to avoid writing? What do you do to beat them?