Not Jennifer by any other name 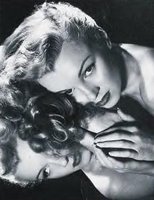 I was telling DH about my WIP and mentioned the name of my main character, Jennifer. He almost gagged because of a past incident (which I won’t get into), which resulted in him being repulsed by the name.

I laughed, not even realizing the connection until that moment. For a moment I entertained the thought of changing the name. But, it struck me that I couldn’t. Although I haven’t started the actual writing of the book, I’ve done a lot of work on my outline and character development and, well, Jennifer IS Jennifer. She is not Jennifer by any other name.

DH said, “Well, use the name until you finish the book, then change it.”
I don’t think he gets it. Now I have the added challenge of developing my character to the point where my DH, as a reader, will be able to see my Jennifer for who she is without thinking about any other Jennifers. It made me realize, again, of the importance of character development.

Developing Good Characters
My favorite type of book to read is character-based as opposed to plot-based (although I can enjoy a good plot-driven story now and again, after all, my favorite movie genre is action, which is often done sans deep characters).

When it comes to writing, however, I find it very difficult to develop characters. I’ve done the questionnaires and role-playing, but I still found it difficult to show the uniqueness of my character on the page. I mean, your characters can only flip their hair and say pet words so often, you know?

Every writer has his/her own method of creating characters. Some (pantsers) fly by the seat of their pants and let the characters develop as the story evolves. Others say the character reveals herself without effort. On the other end of the spectrum, there are writers (plotters) who go to all ends of the earth and the internet, fill out all the forms they can find, and even interview their characters to get to know them inside and out. What is the right way? Each writer must determine that for themselves.

Know More Than You Reveal
The one common piece of advice I come across in most articles about developing characters is that the writer must know more about the character than she reveals. She must be aware of the characters motivation and desires.

PaperBack Writer says every character she imagines takes form by answering three basic questions: Who are you? What do you want? What's the worst thing that I can do to you?

Holly Lisle, in her article How to Create a Character, says don't start your character off with a name or a physical description. Instead, she says, start developing your character by giving him a problem, a dramatic need, or a compulsion. Lisle recently released an ebook called Create a Character Clinic which helps the reader do just this. It’s a step-by-step guide that offers examples and questions to help make the process simple, yet the character becomes complex.

What I found most helpful in Create a Character Clinic, is it taught me how to show my character’s unique characteristics and personality without resorting to crutches, clichés, or commonly used descriptives. And, the personality and characteristics are true to the deepest desires and motivation of the character.

Character Development Links
For those of you who would like to find out more about developing characters, here are some links:
That should keep you busy for a while!
Nienke
Posted by Nienke Hinton at Thursday, February 16, 2006

All of you have led interesting lives, and it's time to write about them through our new non-profit site - www.TheRememberingSite.org - that allows anyone anywhere to write, store, share, and print their life story.

The site offers an online autobiography that you complete by answering from one to one thousand questions about your life. We also feature completed biographies from interesting people from around the planet.

Please tell others about us, and thanks.

Just read the IRS Bylaws, and you will create and develop thousands of characters.

I can totally relate to not being able to change a character's name. In my WIP, I created a character with a surname that was completely inappropriate to his family history as I'd initially envisioned it. By time I realized this, though, I'd become so used to referring to this person by his original name, I just could not bring myself to change it. I actually found it easier to rewrite his family history than come up with a new surname, and oddly enough, the new family history has helped me better explain a number of other plot points I'd devised long before the name mistake became obvious to me. For me, I'd as soon change my own name than change the name of a character.

windowtomymind - ROFL!! I'll have to check that out.
janna - So you're real name isn't janna?

These are great links! Thanks a bunch. And I will ALWAYS prefer character-driven books, to plot driven. The former are much, much harder to write though.

Nienke: Janna's my real name all right ... on most days, anyway.

Maybe keeping her name Jennifer can be a sort of therapy for your DH.

Nice site I am a writer also. I just might be back! Here from micheles.

Nienke, I'm afraid to tell you to don't get too attached to your characters' names. One year ago I had to change my heroine's last name, now this year I have to change my hero's last name after having it in my head for 3 years. But most of the time you don't have to!

shesawriter - character-driven stories may be harder to write, but they say we should write what we love!
janna - as long as they don't call you late for dinner, right?
jeff - thx for dropping by!
zephra - great idea!
mommyof4 - I'll be right over to check out your site
kelly - that SO sucks. But, at least it will be at or near the end of writing... I hope

When I read what you said about Jennifer, I felt the same way about the title of my book. The difference is no one can ever seem to remember the title. Maybe I should have a contest like you suggested.

Thanks for stopping by. I appreciate your comments.

I agonize over my character's names. They have to fit - and fit PERFECTLY. If not, it throws everything off.

Nienke, this is such a useful post for me. Thank you so much for putting it together.

know what you mean about changing characters names, i often do but sometimes the name just fits the character...
...anyways just to let you know i'm on blogspot: http://uk-writer.blogspot.com/

Than you for all of them wonderful links. I needed something like that. I am trying to write storylines (not for a novel) but for a novel idea I have for a website. Hopefully when I get my first storyline and characters the site will go live. Michele sent me once but I just keep coming back LOL.

rebeleyeball - good luck with your title, and thx for stopping by
melissa - I'm so with you, unfortunately, Kelly says sometimes we HAVE to change the names - BLEH
zinnia - I'm glad the post was useful to you!
sally - thx for stopping by, I'll come check out your new blog
scouser - sounds like an interesting idea, let me know when you're up and running so I can check it out!

Donald Westlake tells us the sad tale of events after one of his novels was made into a movie. The lead character is John Dortmunder, an icon of the humourous mystery genre, along with this sidekicks Andy Kelp, Stan Murch and Tiny Bulcher.

Westlake is inclined to do neither, and changes the name of the characters. However, Dortmunder by any other name is not Dortmunder, and Westlake finds that the new character does, says and thinks things that Dortmunder never would. These stories take twists and turns that would never happen with Dortmunder at the helm. These are not Dortmunder stories.

The moral of this tale: If your character isn't Jennifer, then you won't be writing about Jennifer. You'll have a brand new story, but your Jennifer story will remain untold.

Westlake's troubles came to an end when he regained rights to the Dortmunder name, proving that the lawyers were just a bunch of pointy-headed know-nothings. Don't let DH be that way.

Thx Phil. Just goes to show you the power of the word - especially a name.